Instead of just talking about diversity, make it actually happen!

Lately I’ve been speaking with a lot of African refugees and most point to the fact that they are here
but very much limited at what they are allowed to do. They can’t get a job, or attend an “official” educational program, or leave the city for example.

would be amazing to have workshops specifically for refugees!
and no beating around the bush about diversity-- call it “Programming for Refugees” or something.

i think it would be an amazingly wonderful political move to help educate people that the state in which they live
does not care too much about. put the power in their hands! reaching out to refugee organisations or just going out
and speaking with them where they hang out would be a start.

just curious if anyone is interested in doing a bit more grassroots organising?
we may talk about diversity but our communities are largely not very diverse.
we can’t expect diverse groups to come to us (clearly) but maybe we should start making a greater effort
to go to them!

there’s also this, in case anyone can go! Unfortunately I can’t as i have several school of ma things going on
but maybe someone? 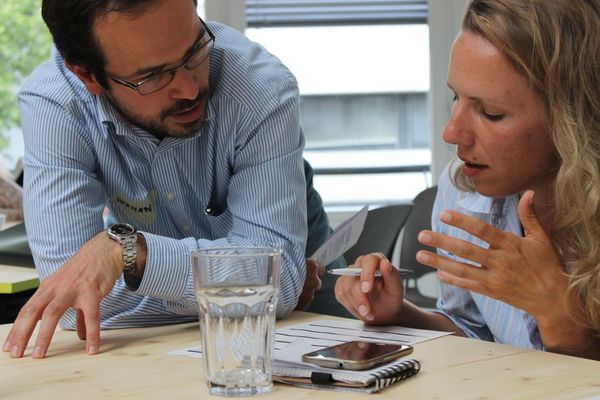 Thu, Jun 18, 2015, 7:00 PM: FULLY BOOKED!Please join us at the 9th of JulyWith the increasing number of Refugees in and around Berlin, there is a pressing need to address the challenges of refugees an

we all know how meetup signups are-- there may be no “free/open spots” but by tomorrow eve right before
the meetup, that will likely change! if anyone is able to make it, please do and let us know how it goes!

We’ve organized some laptops for the OTS as well as for a refugee camp in Berlin. A friend of mine is working there and we want to teach them to code soon. If anyone is interested to help, I’m happy to connect you

I’m totally interested. As Ola said, on top of those laptops she’s talking about we’ll have 10 extra ones dedicated to OTS Berlin for learners who don’t have one. We can run the workshops we have anyways with them. I’m also pretty sure we can get some more people to help runnning workshops.

@Ola definitely keep us posted! also who is your friend and who are they working with?!
would love to know more

Any reason why specifically for refugees? Why not run a regular workshop and also advertise to / partner with refugees / organizations.

@rachel Comment about the title “Instead of just talking about diversity, make it actually happen!”:

I assume you just wanna motivate and that’s cool. But it also implies that we as OTS are just talking and not doing anything and that’s not fair. What’s diversity after all? At our events we have a pretty ok gender ratio, people of all skill levels and many origins.

Let’s not overuse this word which is clearly a buzzword at the moment. Yes, the OTS community wants to reach out to “other groups in society” and there’s much more to do. And reaching out to refugees is a great effort in that regard.

@xMartin gender diversity is going well i agree! that was never a question. im specifically talking about racial diversity. you could argue that we’ve got it but taking into account the diverse peoples in Berlin, I’m not seeing it reflected in our meetups personally. we’ve talked about this in the longer discussions, about trying to be more inclusive to even the most obvious groups like the turkish population but so far i don’t think we’ve come far.

in particular refugee relations in germany are coming in to question. and on a personal note i’m speaking with more and more refugees and considering their dire situation makes me excited that what we offer might be of great great help to a group of people most often not proactively considered as a “target group”.

i encourage you to when in doubt always give a person the benefit of the doubt. I’m not trying to criticise one bit, im saying here may be a beautiful opportunity for us to have a very noteworthy impact on people’s lives. and asking for help in making this a reality.

@xMartin it happened by accident, because a friend of mine is working there and we talked about, how to give them a better start. thats all

@rachel I think, @bastianalbers already has the contact details

@Ola What do you think of integrating refugees in a workshop open for everyone? I think that should be the goal. Would it be feasible for a first event, too?

so perhaps more details about this refugee workshop can be posted here so we all know whats going on and can figure out how to contribute in some way? would make most sense wouldn’t it ?

any chance you can give me the name of the organisations you’re working with/know of?

at School of MA we’re making prosthetics! just done the first prototype, almost at the stage where
we can actually find a real child to help. was thinking would be great to reach out to the refugee community.
if you have a sec, please get in touch and let me know!

also-- still curious about progress on this topic of the workshops so if you know more, please post it here !
thanks

went to a peace innovation lab event and spoke a bit with Anne who runs it.
they’re doing a lot of work with refugees and theres a meeting on wed. i think to go to
a refugee home and discuss the possibilities. i think they even want to make a computer space
to run the classes and things, maybe find coaches willing to “grade homework” and things.
would be great to build a bridge with them!

might anyone be interested to join on Wed. if its possible?
will seek out more details but was just curious if anyone’s around or all on vacation.
let me know!
thanks:)

Hey @rachel, what came out of this? I just stumbled upon http://www.refugeesemancipation.com/ that i didn’t know of:

The Refugees Emancipation Project is a project initiated by asylum seekers. The Project’s goals are to improve the quality of life of Refugees in Germany by using the Internet as a tool to reduce their isolation, connecting them with each other, with their homelands, and with their local community. The Project conducts and maintains a Website where refugee issues, advocacy information and personal stories can be published.

They also aim to to workshops. Seems like another really good place to get some things going.

Also just talked to my neighbor who does social work in Kreuzberg and will connect me to the woman who is coordinating all the “Willkommensklassen” of refugee kids in Kreuzberg. I guess we should try to assemble all information we get in a structured way somewhere?

this is the latest: http://refugeesonrails.org/

feel free to promote and participate!
im sure they’d be happy for OTS to be involved in some way but
obviously members have to define what they want their participation to be themselves!